We pride ourselves in providing thoughtfully and carefully crafted websites for real estate professionals across North America. If you take pride in craftsmanship and finesse, feel motivated to find efficient and intelligent methods, and wish to further your career and education in a dynamic SaaS + Boutique Agency hybrid environment, this is for you.

The chosen candidate will be working out of our Gastown studio in Downtown Vancouver. Foreign contractors need not apply as we have a very strict policy of our entire workforce operating out of our Vancouver Headquarters. This is a full-time position, with a minimum of 37.5 hours per week of work.

Our website system is a blend of a SaaS-based platform with a very customizable front-end structure, and utilizes the AWS (Amazon Web Services) as part of its infrastructure. This is a great opportunity for those who wish to gain a deeper understanding of custom CMS management, teamwork with designers & communicators, as well as client care & management.

Your Responsibilities In This Role:

Your Skills, Qualifications and Experience

The ideal candidate will have at least 3 months of experience with the following basic web development languages & skillsets (not necessarily through a previous job, but as a personal hobby or studies is also fine. In other words,  you do not have work experience but have relevant education or other experiences, we may still consider you).

Whilst possession of any of the below skills are not mandatory for your success in the role, they will be considered an asset:

The personality traits our team is looking for in regards to this position:

How You Can Apply For This Position!

If this role sounds like you, please submit an emailed application to jeff@brixwork.com (you can also find this email address on our website, www.brixwork.com) containing the following information:

Don’t phone us, please. We need all applications in email form only, and will not accept phone calls for job applications. We will review your resume and contact successful applicants to advise on the next steps.

Design is more than just outside vanity. One of our mandates at BRIXWORK is to create beautiful Realtor® websites. Vanity is very real. Many traditional real estate sites lack focus on the beauty & visual elements, and we stepped into the real estate website market to change that. Sales is an emotional process; whether you are buying groceries, or a new home, the first impressions matter so much.

One of the greatest factors in Facebook edging out MySpace with so much ease was the simplicity & cleanliness of the design. MySpace users were given too much free reign to put too much colours, boxes, and ugly content all over their user profiles. In comparison, Facebook had a tight control over the layout & look of each page, and by having a good degree of restriction they managed to keep their website looking clean.

Apple was able to dominate the iPod market, squashing out the Zune MP3 player from Microsoft like a little bug. The simplicity of the design of the iPod with just a few buttons and a simple body was a clear winner. The iPads and iPhones are a similar story – simple clean designs, big screens for delivery of pictures & videos made it a clear winner in the smartphone & tablet market. Apple’s sales figures of the iPads are just enormous. 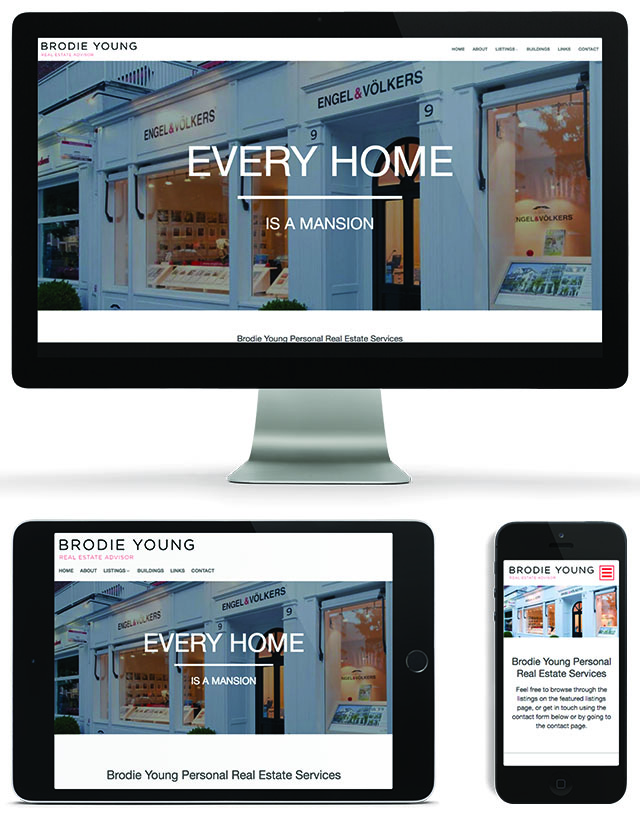 Pinterest & Instagram are one of the most successful new web start-ups. Pinterest is a visual-driven website where people simply pin up pictures & images they like. The fact that a photo-only social network is able to so easily dominate the social media start-up market is telling of how visually motivated people are. Instagram provides mobile apps that allow users to edit their photos for beautiful photo effects (colour tones, frames etc.) with ease. It seems visually stimulating things are the most popular and most engaging to the human brain.

Websites that try to say too much about itself, or the agent, is the real-life equivalent of the guy who never shuts up and keeps on talking, without giving the customer a chance to react, communicate and offer some space to talk. We strive to design websites with less clutter, more valuable content (pictures & videos specifically), and most of all, a trust-invoking design.

Mashable, which is one of the best online magazines discussing marketing, business and technology, has released a great article recently – Why Great Design Is The Future Of Content Marketing. It’s worth a read. The article focuses on:

“It’s not that big of a chunk, let’s not worry about it for now.”

That was the answer from most people when discussing optimizing their websites for mobile devices few years ago. If you’re still thinking this, you are dead wrong, and here’s why.

More iPads sold in Q4 than PCs sold by competitors in… forever!

It’s true. Apple’s iPad sales in Q4 of 2011 alone have exceeded the number of PCs sold by any other competitors in the same quarter. This figure includes big names such as HP, Acer, Lenovo etc., and it shows the staggering growth of the mobile devices market. And let’s not forget the iPad isn’t the only mobile browsing device by Apple – there’s also the iPhone, which is selling at a record pace – in fact, as of January 2012, they figured out that there are more iPhones sold around the world per day than there are new babies born.

The new iPad, by the way, has some striking new features, such as a true retina display (a huge improvement from the iPad 2 from 2011), a much better camera, and 4G browsing speed! With 10 hours of battery life on the efficient-yet-fast A5X processor, most iPad users already prefer the iPad for emailing, browsing and much more, over their traditional computers. Yes, we are fans of Apple products here at Sonika Studios Inc. and BRIXWORK. In fact we operate our business on more than 50% Apple computers [The iPad on Apple.com].

What about other mobile devices such as smartphones?

iPads and iPhones are not the only ones in the market although they are easily the most dominant brand. The usage of smartphones in Canada saw the biggest growth between 2010 and 2011 – and that trend will only continue. Same goes for the USA – it is estimated that by 2015, just under half of Americans will be on smartphones. Smartphones, in case you are confused, includes all the cell phones that are now days more on the line of mini computers with the cellular phone function attached to it – this includes the Blackberry, Android devices, the Samsung Galaxy – you name it.

Ratio of Mobile Traffic to Our Customer’s Sites

Based on our Google Analytics data on BRIXWORK {real estate} sites, between 15% to 25% of visitors are viewing the sites on mobile devices. That’s significant – and on the rise ever yet. It is now critical to consumer websites to prepare for this surge of mobile traffic.

What is BRIXWORK and Sonika Studios Inc. going to do about this?

We already have done a lot, and we intend to do a lot more. Our websites are already mobile browser friendly by scrapping the usage of Adobe Flash (it’s been years, we lost count!), using standard-compliant coding structure, and avoiding the usage of plug-ins. We’re not done yet; we’re doing more! We are now offering real estate websites with a “responsive grid” system. This means that the website’s layout and structure will change depending on the size of the device from which your customers are visiting. Without over-stretching or over-squeezing, we are able to deliver scalable mobile adaptations at a very reasonable cost – far better than the traditional alternative of preparing a separate website codebase just for mobile visitors (I’m sure many of you noticed your browsers pointing towards m.facebook.com for example – Facebook has the cash to develop parallel sites for different devices, but it is not the case for neighbourhood Realtors®).

What about existing websites?

We are able to upgrade existing real estate websites for our customers to a responsive grid website for a modest cost. The cost will vary depending on your current design, and the time at which your design was done. Don’t worry; if your website was built after 2010, it is already mobile friendly (it just doesn’t have the new fancy responsive grid system). This is not a mandatory upgrade, but we are certainly happy to provide you with it.

We work with Realtors® across the Tri-Cities area to establish a memorable online presence. Browse stunning websites designed for Royal LePage & RE/MAX agents. 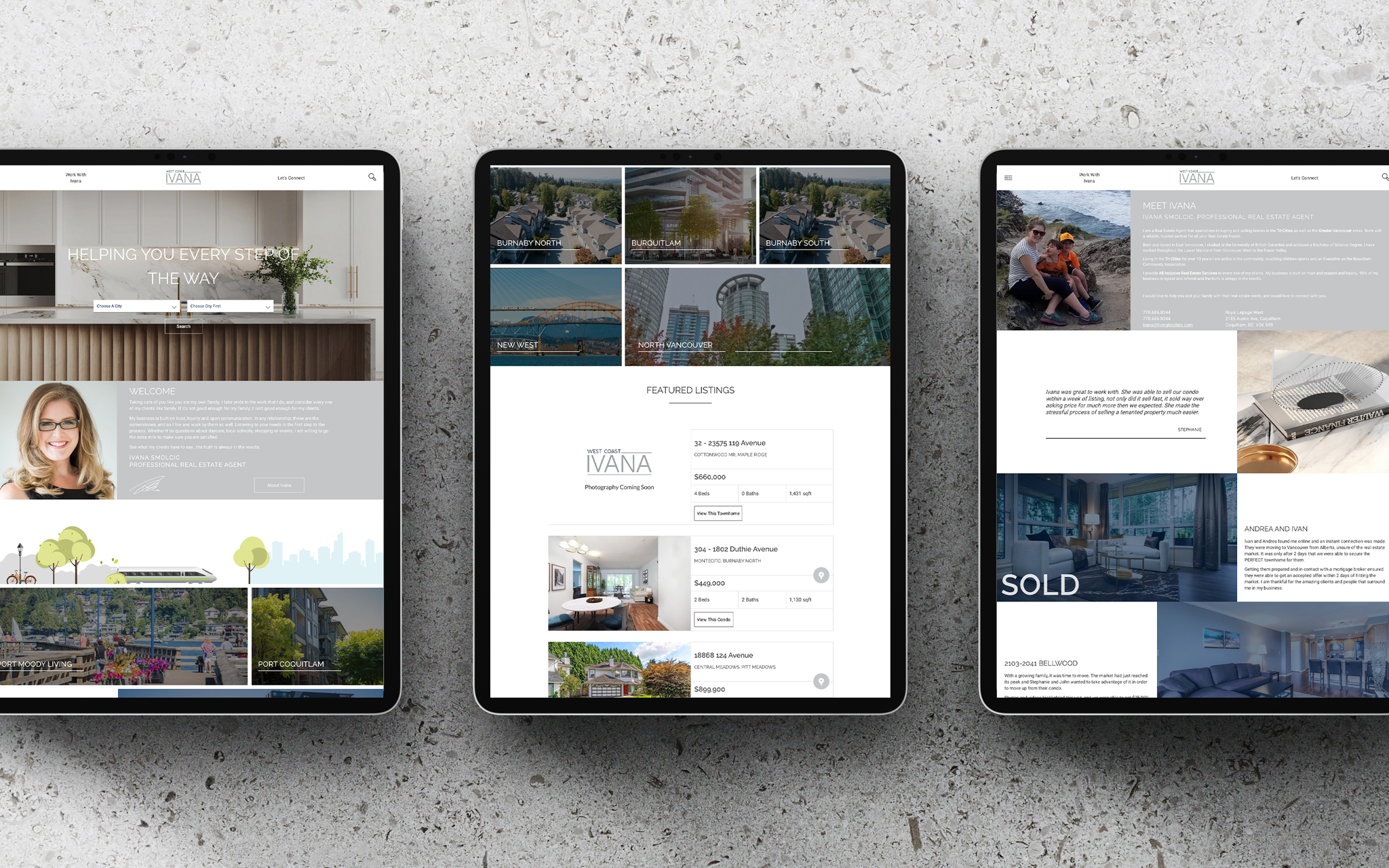 3.5 Billion Users Were Stranded When the Facebook Network Went Down

Our clients deserve the best, which is why we are consistently upgrading and improving our software. Better analytics, faster image load speed, and much more! 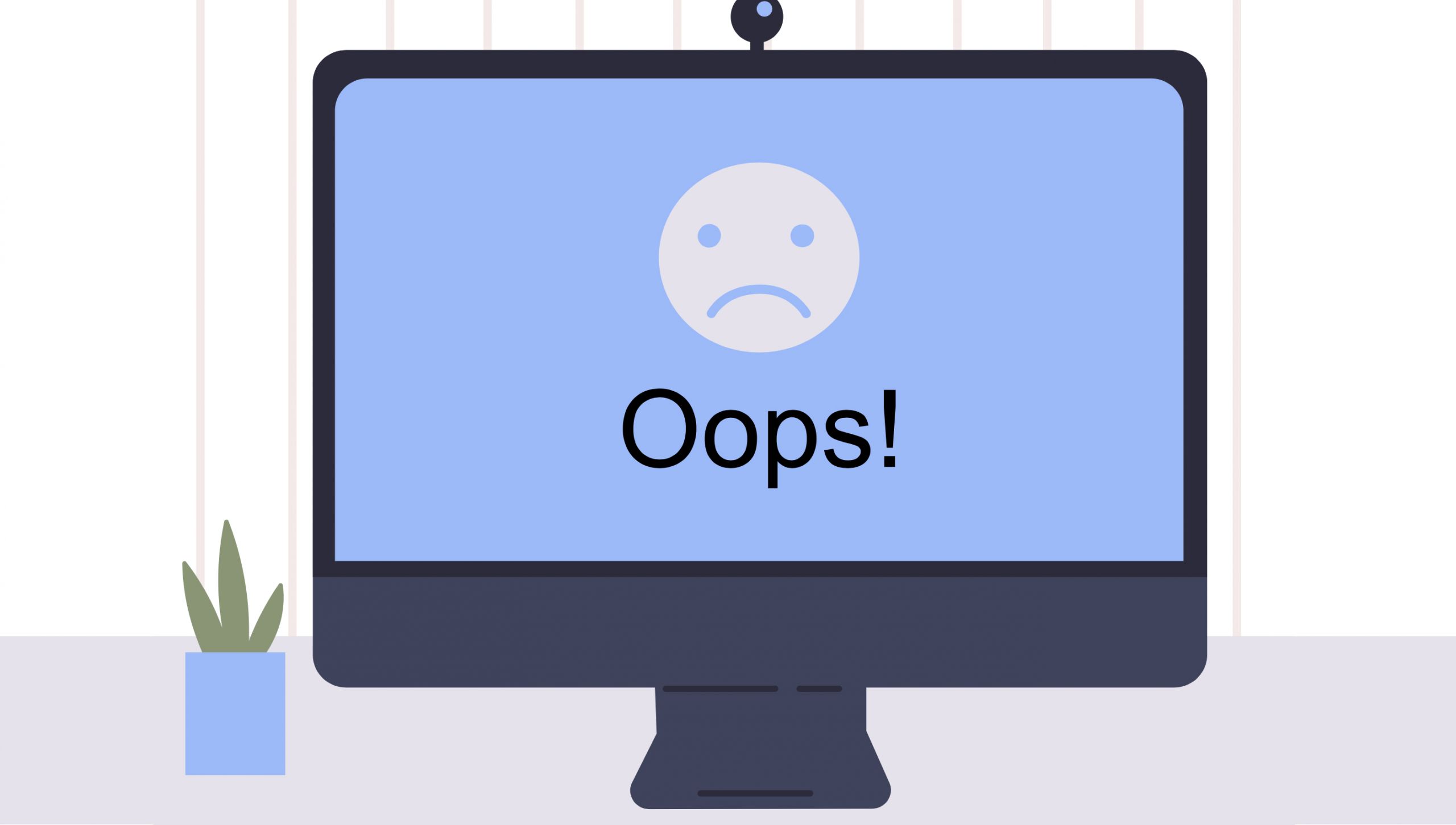 You deserve better than generic, mass-produced, templatized listing presentations or buyers guidebooks. Stand out amongst thousands of competing Realtors®! 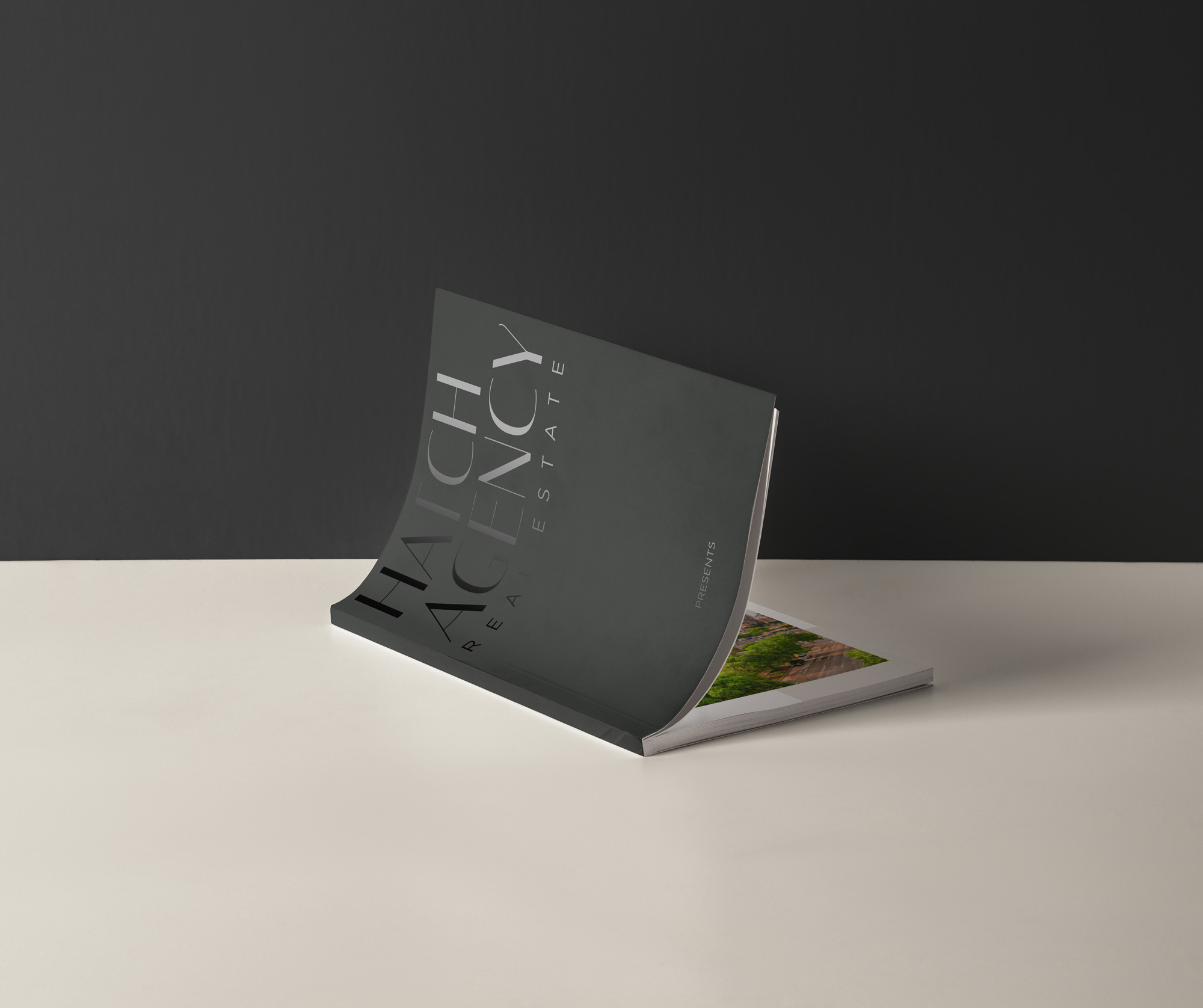 We work with Realtors® all over B.C to look their best online. Check out how we ensue each unique Realtor® is given the presence they deserve.

At Brixwork, we work with developers of all project scales to develop a detailed marketing plan top to bottom to give your project the presence it deserves. 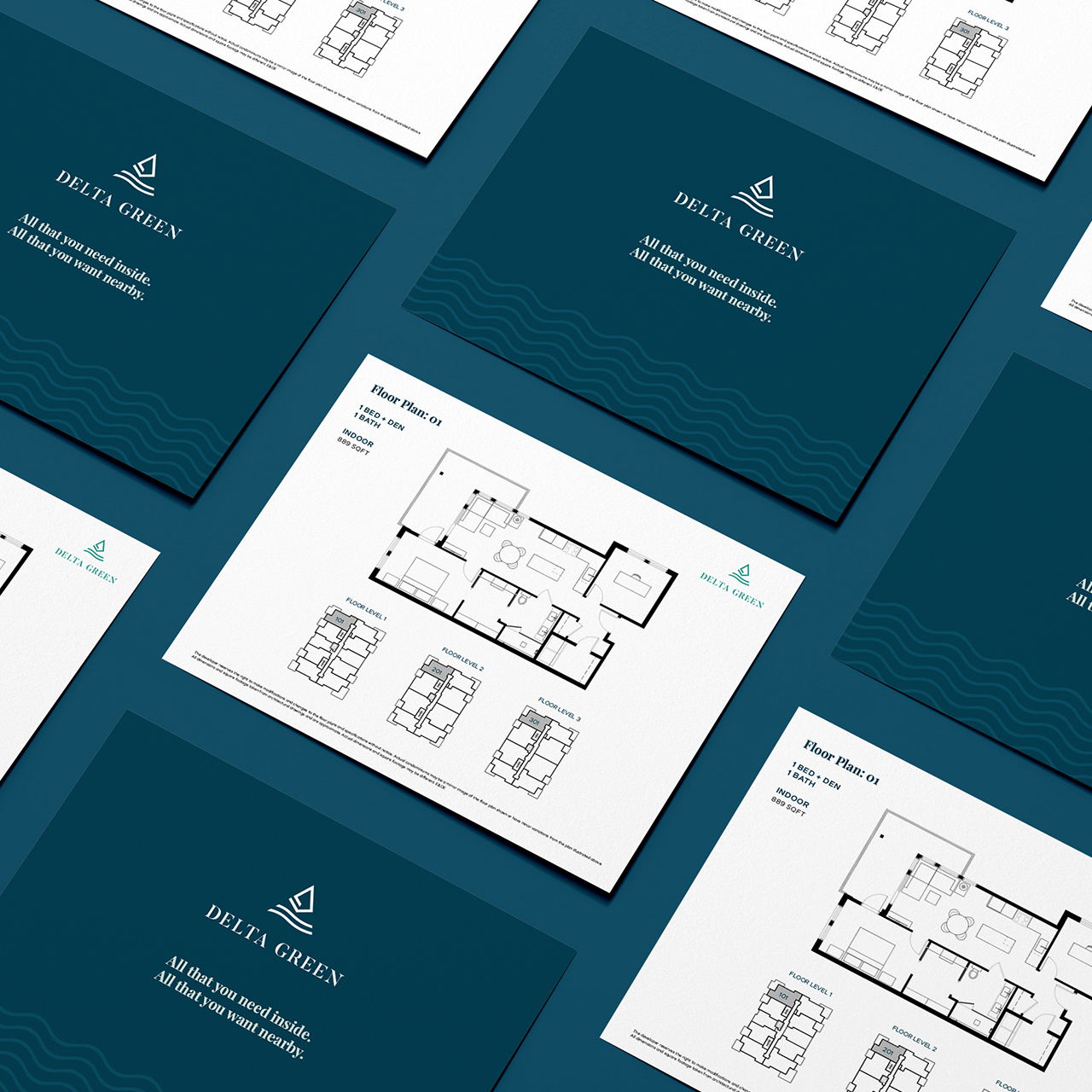 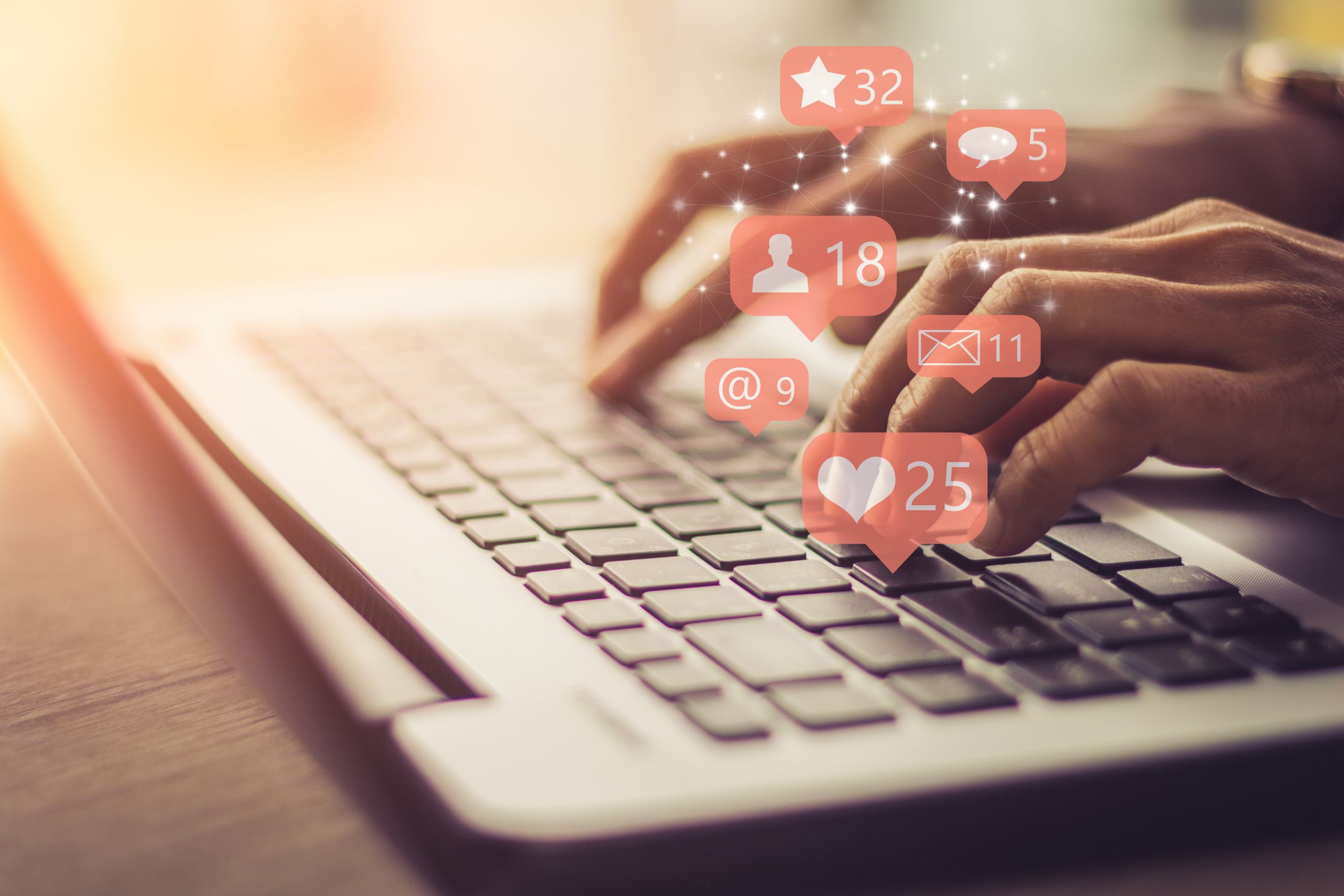 If you like creating beautiful things online, and would like to work in a dynamic team, and learn new skills in this industry, this job is for you. 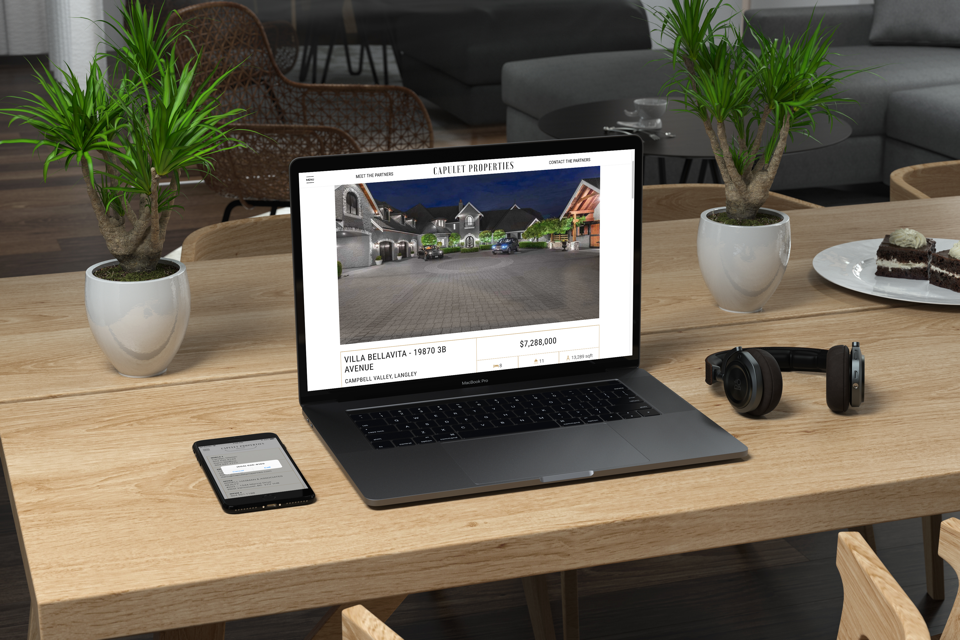 Brand compliance doesn't mean you cannot stand out from the crowd. Take a look at these gems for Century 21 brokerages & agents across Canada! 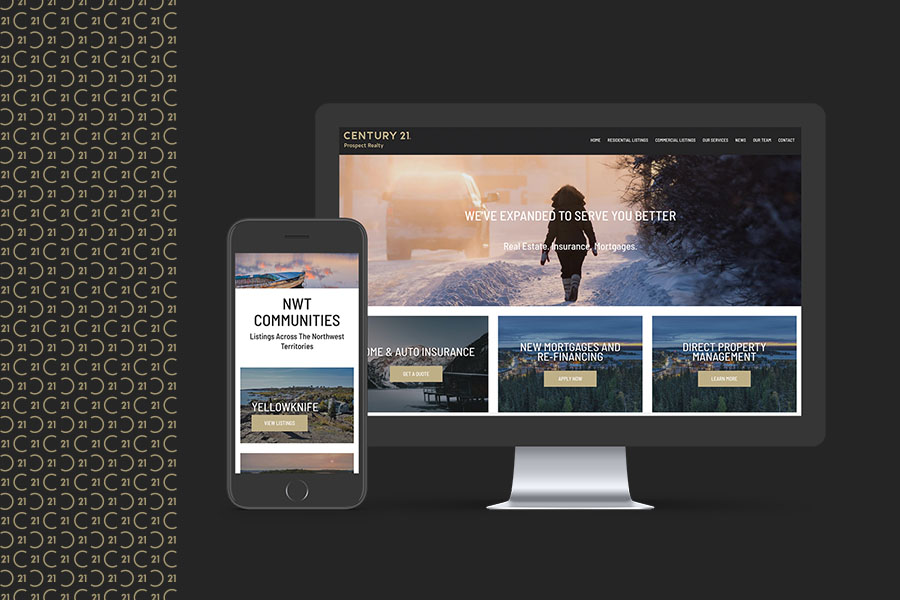 Our clients deserve the best, which is why we are consistently upgrading and improving our software. Better analytics, faster image load speed, and much more! 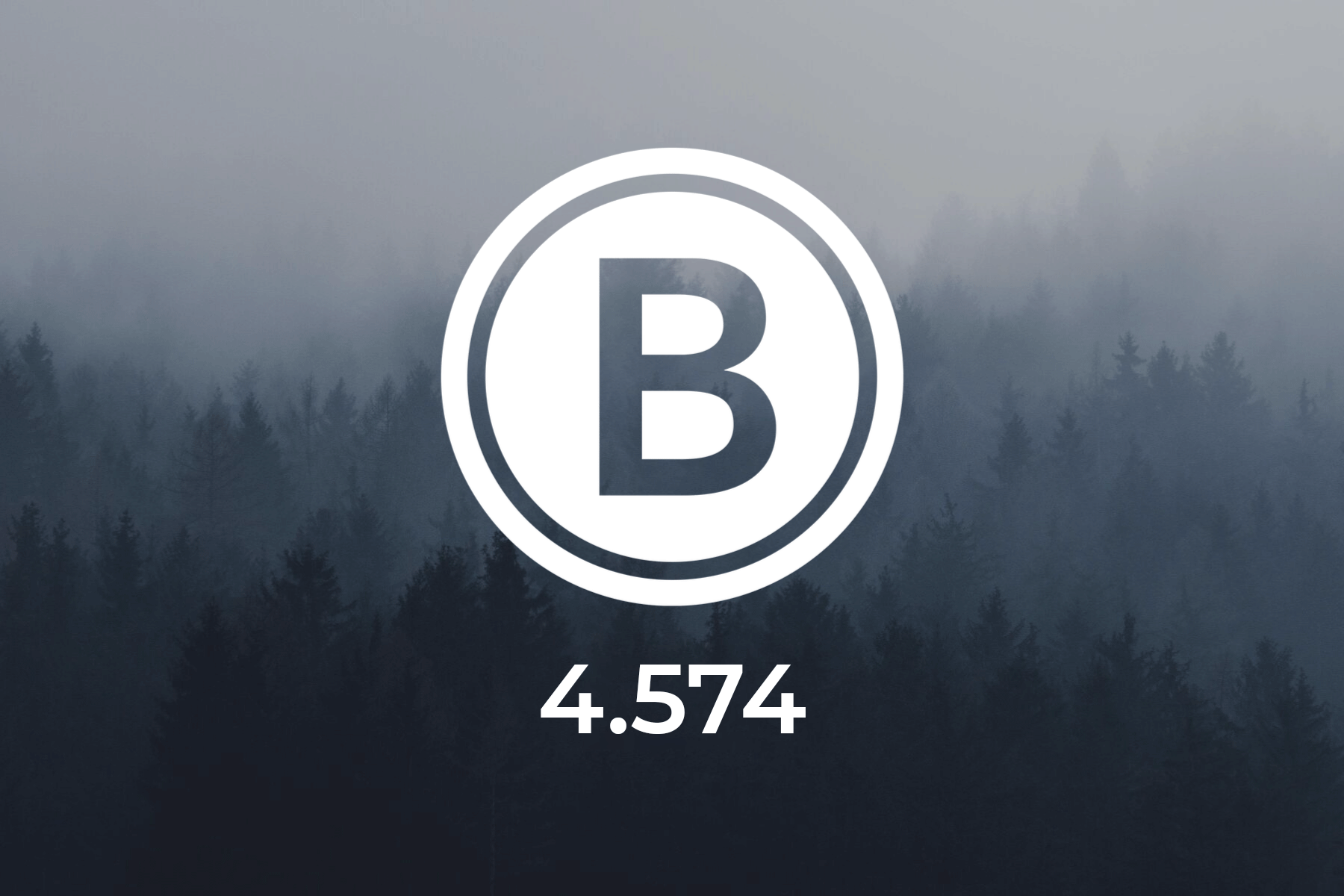 Do you enjoy writing and communicating? Are you able to learn new software & tools quickly? Do you want to be part of the growing digital media & marketing industry? Are you comfortable with leveraging social media reach? Do you want to work hard, learn fast, and have fun? Check out our latest job opening. 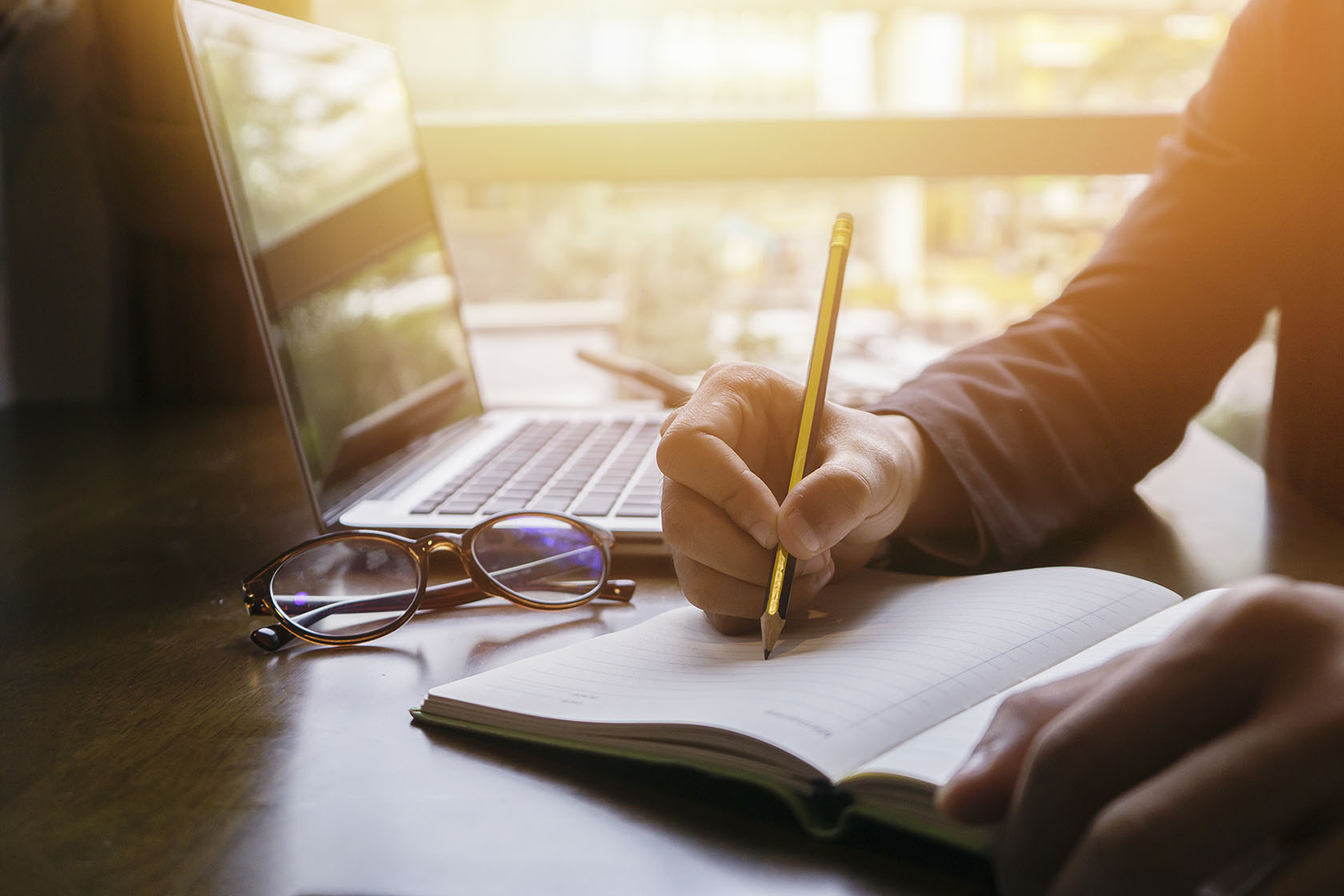 3 Benefits of Having Community Guide Pages on your Website

Custom content pages are a gold-mine for Google™ and even better you can curate the pages to your audience and entice readers to stay longer. Take a peek at what the 3 key benefits of community pages are. 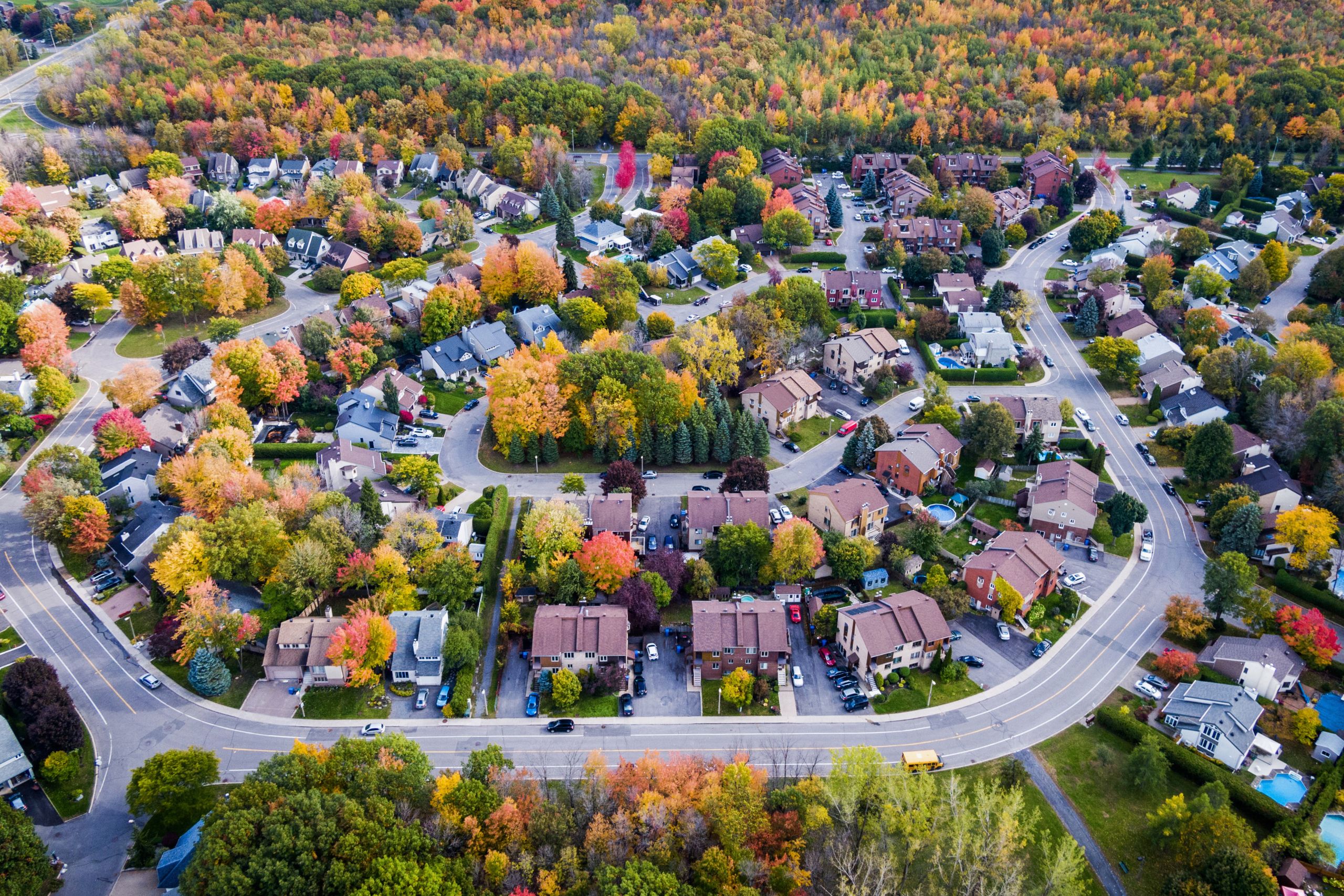 Join our team to create beautiful visuals in one of the most active niches in Canada - marketing real estate. We are a boutique firm with in-house design only.